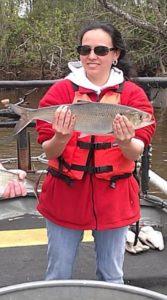 Heather Evans received her B.S. in genetics from the University of Georgia in 1998.  While at UGA, she worked with Dr. Mary Bedell to molecularly and phenotypically characterize mutations in the murine Steel gene.  She then went on to receive her PhD in genetics and genomics from Duke University where she studied a mammalian-specific form of gene regulation known as genomic imprinting.   Her work there in Dr. Randy Jirtle’s laboratory involved identifying imprinted genes in humans and using evolutionary analysis to distinguish putative control regions for genomic imprinting. 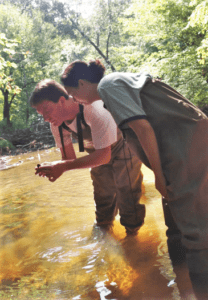 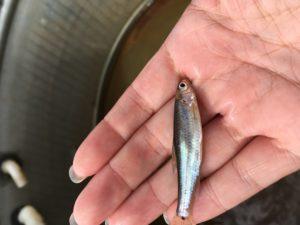 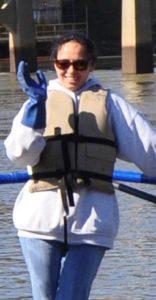 Working in conjunction with the North Carolina Wildlife Resources Commission (NCWRC), her studies allow the NCWRC to know what percentage of the population in a river derives from the hatchery, which stocking locations are better than others, if any migration is occurring between rivers, if populations in different rivers are genetically distinct, and if the genetic variability of the population is being maintained.

Dr. Evans’ work has been published in several peer-reviewed journals including Genetics, Genomics, and Molecular Biology and Evolution.